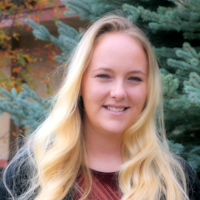 Elizabeth Wolsfelt, Pharmacist
Elizabeth received her Doctor of Pharmacy degree from the University Of Montana Skaggs School Of Pharmacy in Missoula. She is immunization certified, provides comprehensive medication reviews, and has interests in cardiology, asthma, and COPD. Originally from Northern Idaho, Elizabeth enjoys spending her free time outdoors fishing, and hiking, and playing soccer. Kelly Hancock, Pharmacist
Kelly was born and raised in Minnesota and moved with her family to Boise, Idaho just in time to start first grade. She grew up camping, fishing, skiing, and snowmobiling.  After graduating with a B.A. in Education, Kelly moved back to southern Idaho where she taught high school Spanish for 7 years.  She went back to school after she realized that she wanted to pursue a pharmacy career.  In 2010, she received her Doctor of Pharmacy degree from Idaho State University and began work as a pharmacist.  She recently moved to Troy with her husband, “Moose” and their Springer Spaniel, Cody.  Kelly enjoys skiing, camping, fishing, cooking, gardening, or anything else involving the outdoors.